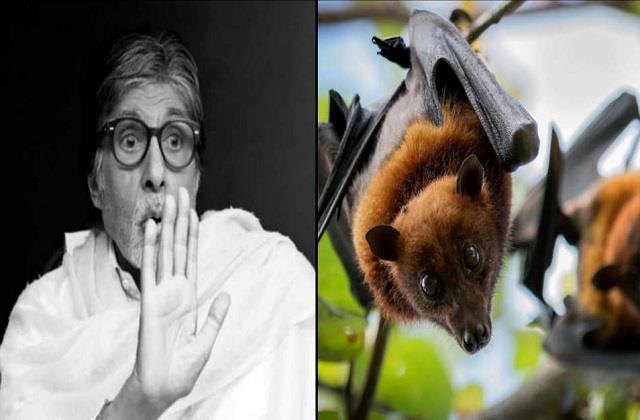 Those affected, four of them minors, had to receive the first dose of the anti-rabies vaccine; they still have three more doses to go.

Morelia, Michoacán.- A family of seven members, four of them minors, was attacked in their own home by a colony of bats in Lázaro Cárdenas; those affected resulted in various bites, for which they had to receive the first dose of the rabies vaccine.

The incident took place at a home on Calle Neruda Manzana 6, lot 8, in the Los Poetas neighborhood, where a 29-year-old man, his 39-year-old wife, their two children aged seven and five, as well as three uncles who lived with them, one 26 years old, another 15 and a third 13.

All members of the family were bitten by bats in different parts of the body, especially in the toes and fingers, the most affected being the 26-year-old man, who has cerebral palsy, since he presented 12 lesions in almost all toes.

After receiving the report of what happened, personnel from the vector department of the Sanitary Jurisdiction 8 of Lázaro Cárdenas, in coordination with the bat capture brigade attached to Fomento Agropecuario, went to the home of those affected to provide medical attention, supplying them with the first dose of human rabies vaccine and injected with immunoglobulin.

The Ministry of Health of Michoacán (SSM) explained that the affected family will be monitored, whose members have to receive the second dose against rabies on February 25; on March 1, the third; and on the 8th of that month, the fourth dose.

What dangers does a bat bite entail?

The main risk of being bitten by a bat is contracting rabies and, although not all of them present this virus, they are the main cause of fatal cases of the same in humans, according to an investigation carried out by the Los Angeles Times.

The World Health Organization (WHO) points out that rabies is fatal in most cases when the symptoms have already appeared, so, in the event of a bite, you should go to the doctor immediately to apply the vaccine.

The disease is spread through saliva and, according to the WHO, almost 99 percent of human cases are transmitted by domestic dogs, usually through bites or scratches, although “terrestrial rabies” has been almost eradicated by complete at present.

Although this is not the only virus that bats can transmit. According to the specialized site Infosalus, these animals, along with rodents, are considered the species that harbor the most viruses potentially transmissible to humans.

In addition, the immune system of bats allows them to be carriers without getting sick. It has been shown that they can harbor up to a hundred different viruses, including different types of coronavirus, including SARS CoV-2.

10 Reasons You Should Love Bats

Lets face it, bats get a pretty bad rep. Many times in the media they are portrayed as scary, blood-sucking, rabid creatures. The vast majority of bats will never get rabies. And quite a few species can be pretty darn cute! As someone who has spent time studying bats in the wild, I jumped at the opportunity to share what I’ve learned with others—it’s something I believe all biologists should do. Here are my reasons for liking bats (and why you should like them too!).

Many people refer to bats as “flying mice,” but in truth, bats are more closely related to humans than they are to rodents. And aren’t we supposed to be nice to our relatives?

Bats are the second largest group of mammals in the world and consist of over 1,300 species. Among these species are bats that eat fruit, insects, nectar, meat, and blood (only three species eat this way). Bats’ wingspan can range from 6 inches long (bumblebee bat) to 6 feet long (several bat species known as flying foxes)! There are bats in every continent but Antarctica that live in caves, hollow trees, under loose tree bark, on tree branches and even man-made structures like bridges, wells, mines, and buildings! In some species, bats live alone, while others live in colonies of a few dozen, hundreds, thousands, or even millions! And the variety of physical appearances is astounding, with species having an assortment of facial features, fur patterns, color, and tail and ear lengths. Others have been given nicknames based on their appearances, such as the hammerhead bat, painted bat, the recently-discovered badger bat, and the Yoda bat!

3: They’re the only mammals that can fly.

Bats can actively control their flight, whereas “flying” squirrels can only glide (sorry guys!).

4: They can see with their ears.

Bats aren’t blind and can use their eyes. However, many species use echolocation to find their prey and “see” their surroundings. They make calls that will travel through the air until it hits an object. This call then bounces off the object and echos back to the bat, letting them know where the object is (so its unlikely that they’ll fly in your hair). Bats can make up to 160 calls per SECOND as they close in on their prey. This would seem like a noisy way to get food, but most bat calls are at ultrasound frequencies that are too high for us (and their prey) to hear.

5: They are really good pest exterminators.

Many bats eat LOTS of bugs! By doing this, bats reduce the amount of pesticides farmers need to use (which also means fewer pesticides polluting the environment) and they reduce the amount of produce damaged by pests (which means more food for us!). Recently scientists estimated that bats in the United States have save us somewhere between $3.7 and 54 billion in pest control services every year. Bats have been documented eating bugs that attack pecans, almonds, rice, cotton, corn, coffee, sugarcane, tomatoes, cucumbers, and beans.

6: They help produce some of our favorite foods.

Photo by National Wildlife Photo Contest entrant Deidre Heindl. Nectar-eating bats do this by pollinating flowers, just like bees. As they travel from flower to flower drinking nectar, they transfer pollen from one flower to another, which causes these plants to produce fruit (and seeds). Bats pollinate over 700 plants, some of which we use for food and medicine. Wild varieties of many of our most valuable crops rely on bats for their survival. These include bananas, breadfruit, avocados, dates, figs, peaches, mangoes and many others. In the American Southwest, the saguaro and organ pipe cacti and agave are pollinated by bats.

7: They are gardeners of the rainforest.

Fruit bats do this by a process called seed dispersal. These bats eat fruit and their seeds, fly away and disperse the seeds in a different location via their feces. By moving seeds away from the parent plant, bats allow these seeds to grow in an area where they’ll be more likely to grow without competition from the parent plant. One estimate found that one square meter of the rainforest floor on average may contain 12-80 bat-dispersed seeds each year. These include plants like figs, palms, Jamaican pepper (also know as allspice) and cacao, from which we get chocolate!

8: Their guano is good for our gardens.

Guano (aka bat poop) contains nitrogen, potassium, and phosphate which helps plant, root and flower health and growth. And many people buy and use bat guano in their gardens! Don’t believe me?

Scientists have extracted a compound from vampire bat saliva and turned it into medicine (aptly named Draculin). Studies have fond this anticoagulant drug to be very useful for stroke patients. Scientists are also studying bats’ resistance to DNA damage and malaria parasites in hopes of learning more about human DNA damage and how to better deal with malaria.

A maternity colony of Rafinesque’s big-eared bats in Virginia. There’s so much to learn about these amazing creatures. When I studied them I was able to stay up late at night (or all night!), camp, hike, and observe wildlife—things I already love doing! I’m still a young biologist and my fieldwork has been limited to Virginia (studying bats roosting in abandoned buildings) and Nevada (doing mine and cave surveys of bats), but even in that short time, I’ve gotten a chance to see lots of beautiful scenery, strange and unusual sights, and plenty of non-bat wildlife. And I always have a good story (and plenty of photos) to share with others when I get home. So consider studying these fascinating animals—we have much to learn!

So bats are nothing to be scared of. In fact, bats are facing something very scary themselves: a disease called white-nose syndrome, which has killed over 5 million bats since first appearing in a New York cave in 2006. Bats are also facing mortality from wind turbines, habitat loss, vandalism of their roosts, and as a source of bushmeat in other countries.

How Can We Help Bats?

We can help bats out by creating and protecting habitat for them: If you have old or dead trees on your property, leave them standing (if its safe to do so). Bat houses are another great way to provide bats with a safe place to live. If you know where bats are roosting, do not disturb them, especially in early summer (when pups are being born and cant fly) or during the winter (when they are hibernating). You can also become a member of a bat conservation group who uses their resources to help bats or get involved with National Wildlife Federation. The scariest thing of all would be if bats disappeared!