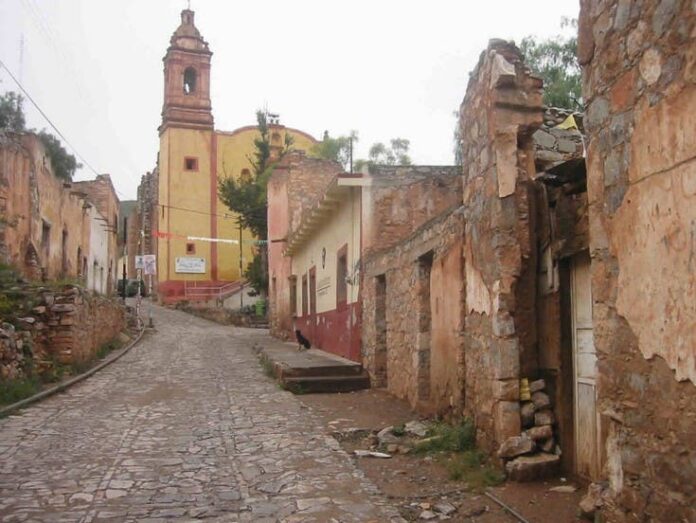 In Mexico, there are various places that, for different reasons, have been abandoned to their fate generating a mystery around them, which for many has become an excellent excuse to visit them and try to discover what happened.

The so-called ghost towns in Mexico are already part of the immense collection of tourist attractions in the country. Its streets and empty houses express nostalgia. In these places, we speak quietly without realizing it, so as not to wake up the wraiths. These places tell part of the story of what life was like in them and we see them as the stage of a theater that has run out of actors.

Several of them were mining towns that died when their main activity ceased to be profitable, others were hit by natural disasters and of some more the causes are not known, it is only known that no one lives there anymore.

Over the years, several of them have become tourist attractions, some of great importance, such as Real de Catorce, in San Luis Potosí. If your thing is stillness, calm and nostalgia for a Mexico that no longer exists, you can plan a trip to some of these enigmatic places, which will surely catch your attention.

Today, in addition to being a ghost town, Real de Catorce is also a Magic Town, just over two hours from the city of San Luis Potosí. Its mining past is evident from the moment you arrive since to enter the town, you must pass through the unique Ogarrio Tunnel.

This dark passageway stretches for two kilometers and was built with a mallet and chisel in the late 19th century. When you leave, you will think that you have traveled back in time, because Real seems to have not changed since its boom, also in the 19th century, with the exploitation of the silver mines in its surroundings.

Upon encountering an aquifer, the main mine ceased to be exploitable and the nearby ones did not yield what was expected, so the population abandoned it.

Although it was forgotten for many years, Real de Catorce, with its impressive corners, was gaining fame as a tourist destination and today it is very visited, but if you want to feel the true atmosphere of a ghost town, you must visit neighboring San José de Coronados, the which was also left without a soul when the mines closed, but has not suffered the same fate as its famous neighbor.

Ojuela, in Durango, was founded by the Jesuit Servando de Ojuelos . The Spanish discovered there, in 1598, a great silver mine, baptized as Santa Rita, where there was gold, silver, manganese, and zinc.

It was a prosperous place that contributed to the development of Durango and Coahuila. However, a flood caused by a terrible storm in the middle of the 20th century ended the mining activity.

Due to the lack of work, a large part of the population began to leave the town. One of its main attractions is a bridge built in 1892 and remodeled in 1992, which is crossed on foot. It is 95 meters high and 318 meters long.

In the surroundings, you can admire the impressive landscapes of Mapimí and the Zona del Silencio.

Another mining town, which at the end of the 18th century and the beginning of the 19th century, lived its time of greatest prosperity and came to be considered the most important mining community in the state. Copper, silver, gold, bronze, mercury and aluminum were mined there.

There are several versions of why it became a ghost town. It is said that at the beginning of the 16th century the first abandonment of Mineral occurred, due to the fact that the Chichimeca tribes did not give them truce.

The town regained prosperity due to the activity of the mines around the time of Independence, to fall back into decline 100 years later. The legend says that during the Cristero War, the town’s priest was assassinated and since then the town was cursed. It is also said that the tensions of the Revolution, plus a strong flood, finally put an end to the town.

In 1982, the government started a program for its recovery, and today it is part of the Pueblos Mágicos program. There you can visit the mines in the area and learn about other ghost legends.

It is said that this town was the forerunner of the state capital, the city of San Luis Potosí. In fact, the word potosí is inspired by the Bolivian mines of the same name, as rich as those in this area.

The population was prosperous and productive from colonial times until 1948 when a long strike caused the mine to close. Before leaving the place, the company that administered it dynamited the shots and cannons, rendering it useless. This caused the gradual abandonment of the population.

Today, only a few people inhabit Cerro de San Pedro and live mainly from tourism generated by this ghost town. There is a legend that says that a child may appear to you and offer you three golden oranges in exchange for you accompanying him to play the #NoVayas mine.

In 1943, Dionisio Pulido was calmly working in his cornfield, when he felt the earth shake and saw a crack open from which gases and ash came out. The peasant ran to notify the authorities and, fortunately, the town was evacuated in time, although there was no possibility of saving it.

The volcano that was being born, the Paricutín, rose 30 meters in the first 24 hours, on the third day it was already 60 meters high, and by the first month, at 148 meters, it had already covered a radius of 10 kilometers with lava and two towns were buried: Paricutín, of which there was nothing left, and San Juan Parangaricutiro, of which only part of the church remains, which is today an important tourist attraction in the area.

Street vendors in Pátzcuaro will be removed this Tuesday