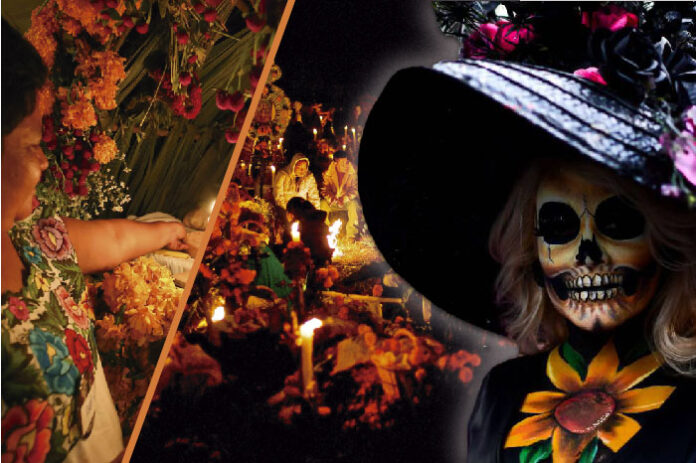 From October 26 to November 4, Morelia expects the arrival of 240 thousand tourists and visitors who will leave approximately 340 million pesos of economic income for the Film and Catrina festivals, as well as for the activities of the Night of the Dead.

At a press conference, the Secretary of Tourism of Morelia, Thelma Aquique Arrieta assured that everything is ready to receive tourists in the city; it is estimated that there is an increase of 9 to 12 percent in hotel occupancy.

In Capula, the organizers asked the artisans and merchants for proof of at least one vaccine against Covid-19, in the same way, the artisans are forbidden to bring children to the stalls and only two people can be per place.

Throughout the state there would be around 100 events, which will be developed with the corresponding sanitary measures, announced the head of the Ministry of Culture of Michoacán

In Michoacán there would be around 100 activities in different municipalities as part of the cultural program for the Night of the Dead, said Gabriela Molina Aguilar, head of the State Secretariat of Culture.

In an interview with MiMorelia.com, the Secretary of Culture commented that among the main events to be held are the ” Candle Night ” in Uruapan, the possible presentation of the work “Don Juan Tenorio” in Tzintzuntzan, and some activities in Pátzcuaro, which Initially, it is contemplated that they are in person.

Although she recalled, there are also communities that decided not to have public events to avoid the arrival of tourists and visitors.

He stressed that for these cultural activities they are coordinated with each municipality so that sanitary measures against Covid-19 can be maintained, in order to avoid crowds and a possible rebound in Sars-Cov-2 cases in the state.

The state official mentioned that the amount that the Ministry of Culture will allocate in the state to support or carry out these events is yet to be defined, although agreements are usually made with city councils to support in kind, such as changing rooms, food or real estate agreements

In addition, the formal inauguration will take place one day before the fair begins, in order to have riots of people. During the arrival of visitors, the municipality staff will collaborate to monitor that there is no sale of alcohol; use the mask at all times, and access to the property is controlled.

Finally, the president, Alfonso Martínez Alcázar mentioned that the events were dispersed so that tourists have more reasons to stay in the city, since Morelia can be covered in a day and a half.