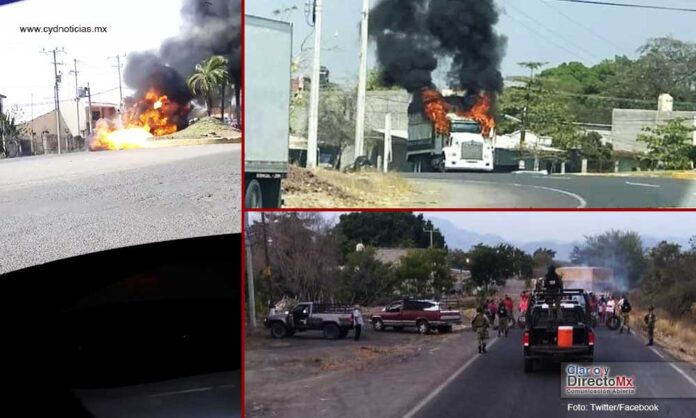 Morelia, Michoacán. At least 14 dead during the weekend in Michoacán

This weekend, in different parts of Michoacán, at least 14 people were killed, the majority related to violent events, presumably linked to the struggle of alleged organized crime groups.

In a gap in the hill of Tarecuato, municipality of Tangamandapio, the remains of four men who were carrying tactical equipment were found; Everything seems to indicate that there was a confrontation between the Jalisco Nueva Generación Cartel (CJNG) and the Cartels Unidos de Michoacán, according to the entity’s security authorities.

A video was released on social media in which members of the CJNG set fire to an armored truck with four bodies inside.

On June 12, a couple was killed in Uruapan, and in Zamora two men were shot, while in Morelia, a man and a woman were killed with firearms.

It is the conclusion that a comparison of said crime throws in the official reports of criminal incidence of the National Public Security System, which includes the years 2016, 2017, 2018, 2019 and 2020.

According to the numbers, the violence reflected in this type of crime – considered by its characteristics as the standard indicator to measure crime – has been gradually increasing in the state.

And they also indicate that the years 2020 and 2021 have been the most violent.

The measurement for this note covers the first four-month period of each year, since in this year 2021 the tabulator only covers until the month of April.

However, the strong increase in cases during the first four months of this year allows us to envision a complex outlook for the entity.

There is another argument. The entire year 2020 confirms the upward trend: so far, and if the entire years are considered, it is the most violent in the last decade.

And the partial figures for 2021 exceed it.

WHAT THE FIGURES SAY

The numbers of intentional homicides in Michoacán leave little room for interpretation.

In 2020 again the figure increased significantly. The first four months, 169, 177, 182 and 175 intentional homicides were registered respectively. At the end of the year, crimes would add up to 1 thousand 976 cases, that is, 164 malicious homicides per month.

Who are “El Kiro”, “El Abuelo” and Hipólito Mora: Groups under threat from the CJNG

The 12 best things to do in Morelia