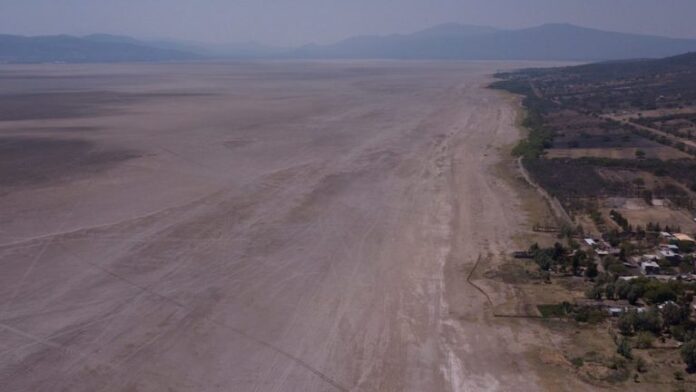 Cleaning the wastewater that reaches Lake Cuitzeo would cost 3,000 million pesos, a figure that could be provided only by the federal government.

The millenary lake of Cuitzeo, considered the second largest in Mexico and located in the state of Michoacán, could be on the verge of extinction due to the lack of rains, serious deforestation and sanitary contamination by wastewater that discharges at least 15 nearby urban and rural towns.

Academics from the Michoacan University of San Nicolás de Hidalgo (UMSNH), fishermen, and activists have launched on the Change.org platform a petition for the government of President Andrés Manuel López Obrador to serve Lake Cuitzeo with an ecological restoration and economic recovery. The request accumulates almost 32,000 citizen signatures.

According to the National Water Commission (Conagua), Lake Cuitzeo is the second largest in the country with an area of ​​306 square kilometers.

In the 1990s, the Michoacán government estimated that more than 5,000 tons of fish were caught in the lake, while today a maximum of 250 tons are caught. Of 19 species of fish documented in 1975, only 6 varieties survive.

The Ministry of Health of Michoacán has detected in recent years thousands of cases of gastrointestinal, bronchopulmonary, dermatological and ophthalmological diseases in inhabitants of the region affected by bacteria and viruses dispersed by dustbins that rise before the desiccation of 70% of the aquifer.

Silvano Aureoles, governor of Michoacán, considered in recent days before the media that the rescue of Lake Cuitzeo – whose current depth is barely estimated between 80 centimeters and one meter – must be attended by the federal and state governments and mayors of 15 municipalities that are on the bank or discharge their sewage into the reservoir.

He warned that to clean up the wastewater that reaches the lake, at least 3,000 million pesos (about 150 million dollars) are needed. A high figure that can only be provided by the federal government.

Alberto Gómez-Tagle, a researcher at the UMSNH, said that the lake was unfortunately cut by human hands into three vessels (or areas) due to the construction of two roads years ago that today function as dikes.

In addition, he mentioned that in the riverside zone of the municipality of Huandacareo there are countless pig farms, whose feces are dumped into the lake, as well as industrial waste from factories in the states of Michoacán and Guanajuato.

He added that the demand for water for residual use of the 900,000 inhabitants of Morelia, the capital of Michoacán, also reduces the rivers that previously provided the vital liquid to the reservoir.

Ricardo Luna, Secretary of the Environment and Natural Resources of Michoacán, specified that the deforestation of the mountainous areas has covered the lake, so it is urgent to reforest the forests of the basin, although it would take a decade to see the first results such as the recovery of topsoil, rainwater infiltration, and springs.

“When there are runoffs, the water carries away the mud and the depths of the lakes are lost, and thus they begin to perish. A forest that is reforested needs 10 years from now to regain topsoil ”, he pointed out.

And he agreed with Gómez-Tagle on the serious effects caused by the construction of the roads. “That road – the first one – was built 30 years ago and it had a considerable impact on the status of the lake. What was done there was a very serious mistake, “he said.

On several occasions, Arturo Chacón, another UMSNH researcher, has warned that Lake Cuitzeo – which in past decades has already suffered from droughts and pollution – requires millions of cubic meters of water to survive.

For this reason, it has called on the governments to promote an ecological restoration decree that induces municipalities to develop an ecological and territorial ordering.

They seek solutions to save Lake Cuitzeo 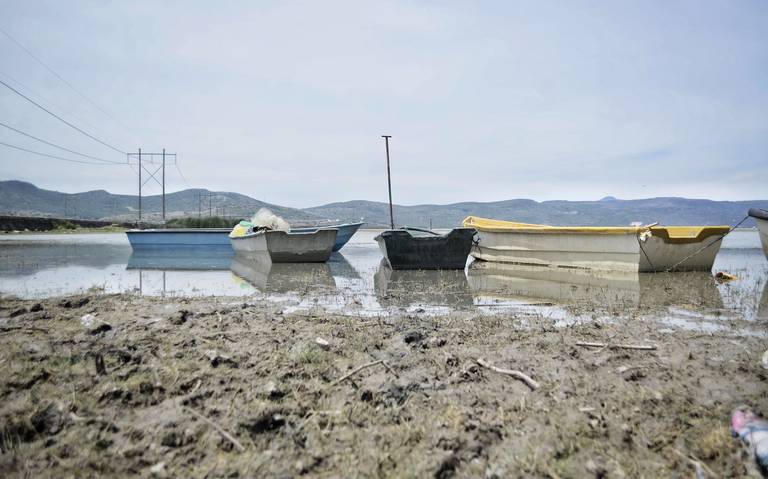 Researchers from the Universidad Michoacana de San Nicolás de Hidalgo (UMSNH) and fishermen join forces in search of solutions to save Lake Cuitzeo.

For this reason, a group of academics, headed by the research professor of the Institute for Research on Natural Resources (INIRENA), Arturo Chacón Torres, are seeking to issue the declaration of the Ecological Restoration Zone of the lake. 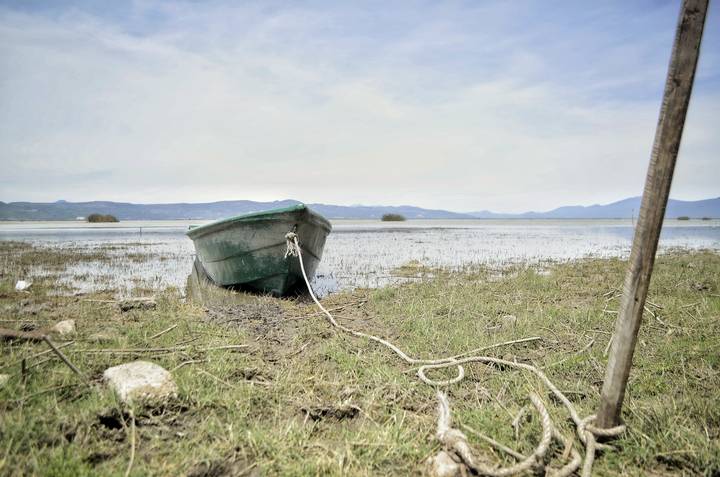 Fishing, as an economic activity in the area, has collapsed due to the loss of 4 thousand jobs for fishermen. That is why they work their own proposals to rescue the lake since this activity is their main resource for life.

Lake Cuitzeo is experiencing one of its worst droughts in history. It only has 30 percent water of its entire surface.

The situation for which a collection of signatures is carried out on the Chance.org platform, in which they expose the problem and present the actions that can be generated with the aforementioned declaration.

“We must join forces as an organized society and demand that the Ministry of the Environment and Natural Resources (SEMARNAT), as well as the National Water Commission (CONAGUA), fulfill their responsibility to delimit the federal zone, prepare the annual hydrological balance , guarantee the ecological flow of Cuitzeo and decree the lake as a restoration area ”, explained the academic.

Some of the proposals are: implement state programs to keep municipal wastewater treatment plants in operation, promote efficient water use practices, reduce water waste and pollution, increase its conservation in the use of public services by applying eco-technologies.

One more that he mentioned is the implementation of reforestation programs in the upper areas of the basin, with native species and specialized advice to recharge the water tables that supply the lake. 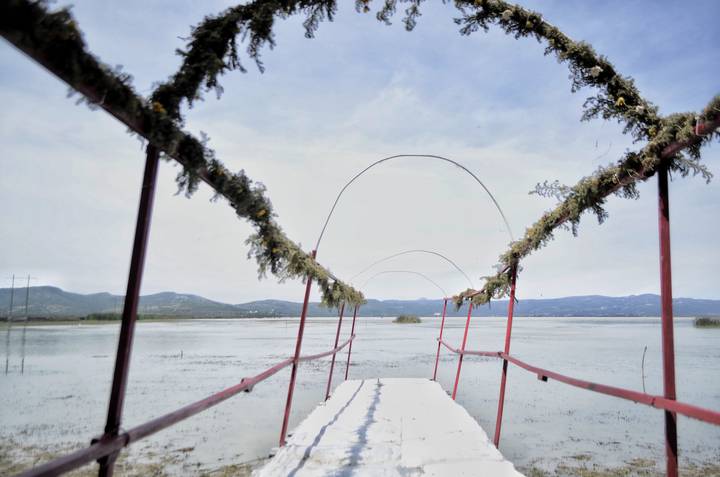 “Damage to ancient natural resources requires titanic work to recover and organized society seems to be pushing to achieve this rescue, one of the most urgent pending tasks for Michoacans.”

In January 2019, he recalled, a point of agreement was issued in the Congress of the Union, where it was recommended that the lake be decreed as an Ecological Restoration Zone, which would force the generation of protection plans for the place.

But that request has been ignored by Conagua and Semarnat, denounced Chacón Torres.

“They only answer that studies are required to justify the restoration decree. You don’t need to be a great thinker or a great researcher to see the situation in which Cuitzeo finds itself and to decree the ecological restoration zone ”.

The researcher warned that this is a priority issue for Michoacán and even for central Mexico, since the disappearance of the lake is an invitation to the fact that lakes of Pátzcuaro, Zirahúen, Camécuaro, Zacapu may disappear.

“We cannot allow the disappearance of Cuitzeo, because we are talking about the most important resource, which is water.” 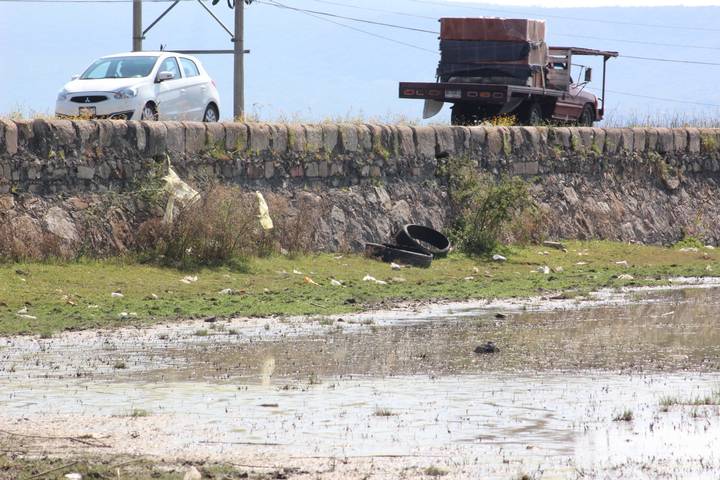 Faced with this situation, the local fishermen have requested support from UMSNH, as well as from the non-governmental organization Panorama Ambiental, in order to organize a forum called the Network for the restoration of Lake Cuitzeo.

The candidates for governor of Michoacán have been invited to this forum to learn about the problem and make a statement in their campaign so that they say what they will do and what they will commit to in the event that they become governor.

“We are facing one of the greatest challenges for our authorities and society in general, we are constantly seeing long periods of desiccation, for this reason, we consider it urgent to inform ourselves, participate, and recover our ecosystems.”

This coming May 26, at the Cuitzeo Bicentennial esplanade, they will present the citizen’s manifesto for the restoration and economic recovery of Lake Cuitzeo.