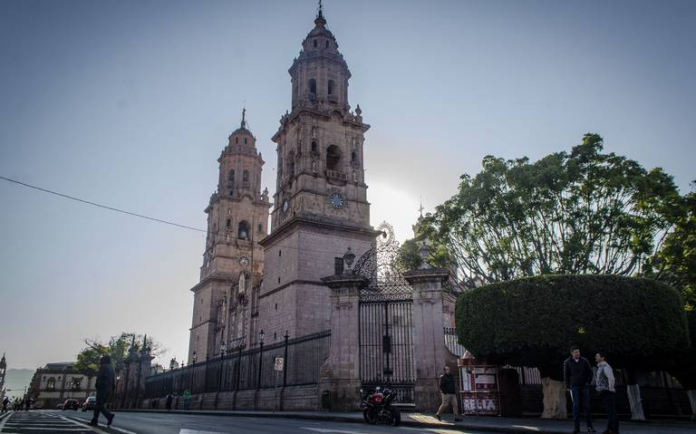 Every April 18 we remember these buildings, a day proclaimed by the International Council of Monuments and Sites together with UNESCO

Morelia, Michoacán.- Knowing that 1,200 years of history of the land of Michoacán can be known through the thousands of monuments, the landscapes that its biodiversity offers us, forests, lakes, and the mountains of the Sierra Madre Occidental obliges us to protect them and commemorate the World Day for Monuments and Historic Sites.

Since 1984, every April 18 we remember the importance of historical monuments and sites, proclaimed by the International Council of Monuments and Sites (ICOMOS) and by the United National Organization for Education, Science and Culture, internationally abbreviated as Unesco, and whose premise is to maintain peace through international cooperation.

In this context, it promotes world cultural heritage in 167 countries, including Mexico with 35 places, of which 2 are in Michoacán, the Historic Center of Morelia, due to the Colonial architecture built 5 centuries ago, made with limestone with almost pink tones. and the Monarch Butterfly Reserve, a natural phenomenon that visits us in the eastern zone, in the oyamel forests every year for five months and which, according to the Unesco website, was given that name since 2008. an area of ​​56,259 hectares.

Despite this, according to the World Wildlife Fund, WWF, and the National Commission of Protected Natural Areas (CONANP) and the Autonomous University of Mexico (UNAM), the presence of the Monarch butterfly was reduced by 26 percent, in comparison in March 2021, compared to data reported two years earlier.

Historical sites are the first trigger for tourism development, their beauty and what they represent attract visitors from other countries, and in this entity, at least in this Easter period, this sector left an economic spill of 213 million pesos, after social confinement due to a health pandemic, accommodation was promoted by 28 percent in Morelia, and by 36 percent in visitors to the eastern area, the direction of the Monarch Butterfly, as well as where the most important monuments are located. old and beautiful like Pátzcuaro.

The arguments to commemorate this Sunday are the need for sensitivity and to make known to all people the wealth that humanity possesses in terms of historical heritage and to promote protection and conservation, and this 2021, the effort is focused on the slogan “Past complex, diverse futures ”and that aims to emphasize not losing stories or omitting data.