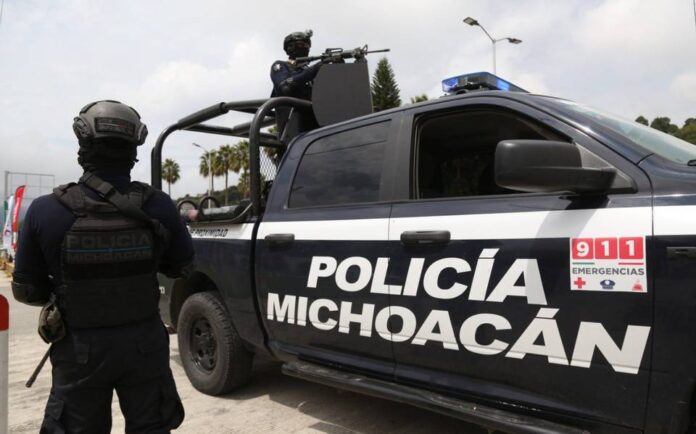 MORELIA, MICHOACAN., April 11, 2021.- Agents of the Michoacán Police were caught in video, which circulates on social networks, attacking women who were trying to prevent the arrest of an older adult, in Morelia.

In the vicinity of a shopping center on Torreón Nuevo avenue, agents of the state police corporation detained an older adult, who resisted arrest, prompting the officers to introduce him into a patrol car.

This, in turn, led to a group of women filming the incident, shouting that they assured that there were no reasons for the apprehension of the man, and one of the agents pushed and mistreated the women.

In addition to physical violence, the police officers allegedly used verbal violence against the women, who insisted on recording the events with their mobile phones and obtaining an explanation for the arrest of the older adult, who stated “I was just sitting here, I am diabetic and hypertensive.”

“Give him back his cell phone,” one of the officers s in the recording is heard saying. Upon the arrival of another police officer, the agent that allegedly physically and verbally attacked the women was removed from the site.

Finally, the state police retired the handcuffs from the elderly adult and requested personal data from the witnesses, to which they refused.