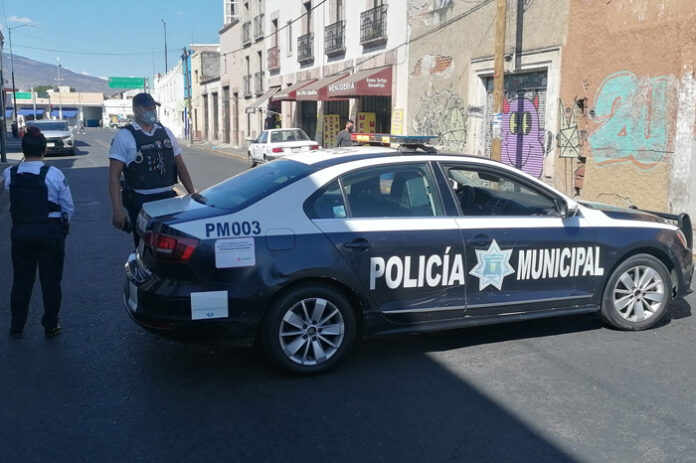 Non-conformities are due to additional benefits to their work scheme that were previously agreed upon but have not yet been met.

Morelia, Michoacán.- There is still a risk that the Morelia municipal Police officers will leave the surveillance work of the city and enter a sit-down strike this Friday, while the municipal authorities affirmed that the discontents already have been received at a work table, but a final solution has not yet been given to benefits that had been previously agreed upon and have not been fulfilled to date.

I believe that the municipal president is very open to dialogue, they had a discussion table and I understand that this dialogue is opening in order to find conditions. The issue of a strike is already the decision of each person, but the Morelia City Council is setting the table for dialogue to be able to move forward with the demands they have, ”explained the Secretary of the Morelia City Council, Mónica Ayala García.

Regarding the number of dissatisfied uniformed soldiers and what action would be taken to reinforce the security of the city in the event that they went on strike, the municipal official replied that a group of 100 elements is being considered and it is not ruled out asking for support from the Michoacán state Police for this coming Friday in the city of Morelia.

“From last year to now, I don’t think there are more than 100 elements that are in this situation. I believe that the security of the city is guaranteed with the elements that we have, but if that is the case, we will surely be foreseeing some action in this regard

At the beginning of this week, Morelia Police officers issued a statement in which they reported that this Monday they had been received by municipal authorities to be treated regarding the lack of payment of a fortnight this year and some work benefits. They pointed out that, if there was no solution by the end of the week, on Friday they would carry out a march through the center of the city and a sit-down strike. While noted that each uniform would take the decision to participate, it pointed to the possibility that all 800 Morelia agents leave their jobs.

“Repeatedly through writings, the municipal president has been asked for a hearing with elements of the police, where we have not received any response, which is why we are forced to carry out this peaceful march where the following points are required: compliance with the agreements signed between the city council and elements of the police on January 3, 2020, the payment of the settlement of newcomers, which is reviewed because the decrease in tax payment has not been reflected “, is heard in an audio call broadcast among the agents.

We will enforce the signed agreement of non-retaliation against our colleagues who exercise the right to demonstrate for non-compliance “ .

In contrast, Ayala García denied that there are payments for a fortnight pending with the uniformed officers, while the non-conformities are due to additional benefits to their labor scheme that were previously agreed upon but have not yet been met. “No, as far as I have notification we have all the payments fulfilled. The municipality has healthy finances, we have zero debts, and less we have debts with workers. It was surely a misunderstanding that is already being resolved ”.

“There must be a request sheet that a group of colleagues from the municipal police made, which have been fulfilled according to the time that we have been. I understand that right now they are taking up the subject, there are some specific questions. Infonavit is a benefit that they as police officers do not have, but the municipality is committed to looking for schemes for housing, although it must be emphasized that no “police in the country have access to this benefit.”