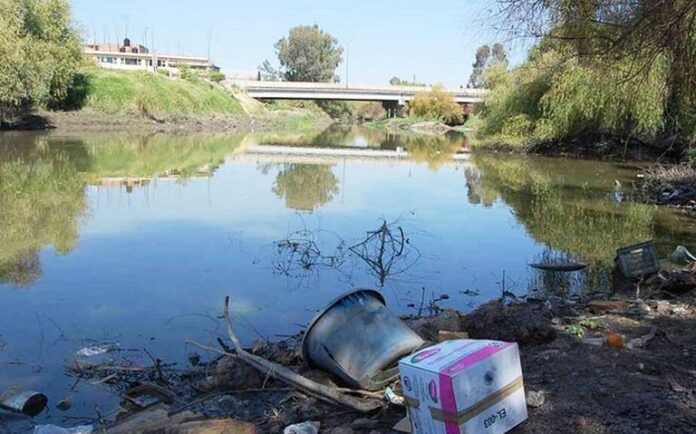 At least 8 thousand companies do not have liquid sanitation processes

IRAPUATO, Gto. In Guanajuato, Michoacán, State of Mexico, Jalisco, and Querétaro there are 8,936 companies from different sectors that, although they contribute to the generation of jobs, they also contribute to water pollution by not adopting sanitation processes for the waters they use.

Roberto Castañeda Tejeda, president of the Council of the Lerma-Chapala Basin, said that the problem of the companies is not that they are misusing water since they even have schemes for its rational use; the problem, he explained, is that the liquid they use is not sanitized and returns contaminated to the basin.

“On the industrial issue, efficient use is not the issue, the issue with the industrial sector is pollution, and this social and environmental responsibility that the water is treated and returned in a condition to be used again,” he said.

According to Roberto Castañeda Tejeda, the annual extraction of water for industrial use is 310 million cubic meters, equivalent to almost all the water in Valle de Bravo, in the State of Mexico, or twice the volume of the dam. Ignacio Allende, in San Miguel de Allende, Guanajuato, which this year is about to dry up and leave some 15 thousand producers in the Irrigation District 085 without agricultural production.

Roberto Castañeda Tejeda said that as part of the strategic projects of the Chapala Basin Council is to launch the Water Sanitation Program for Agricultural Use, where in conjunction with Cauce Bajío, Guanajuato Water Funds, an organization made up of more than 25 organizations from the public, private, academic and governmental sectors such as Femsa, Inter-American Development Bank, Grupo Modelo, Coca Cola, Heineken, Mister Lucky or Plaza Mayor, to encourage companies to clean the water they use and with it reduce pollution of tributaries.

“We are still in the design of the strategy, but it seems to me that this will have a great impact, I want to tell you that this issue of the sanitation of water for industrial use we had not put much on the table of the agenda of the Council of the Lerma Basin- Chapala ”.

Currently, the Lerma-Chapala Basin has a sanitation of 56% of the water it uses, that is, of the 1,380 million cubic meters of water that are used in the urban and industrial public sector, 607 million cubic meters are not sanitized. and they are waters that contaminated they go to the tributaries.

The president of the Council of the Lerma-Chapala Basin explained that 9% of the bodies of water it has have satisfactory water quality, 39% have a level of little contamination and 52% are at a contaminated or highly contaminated level.

Along with the Valley of Mexico, Balsas and Papaloapan, the Lerma-Chapala is one of the most polluted in the country and where there are contaminated rivers, such as Lerma itself, which runs through a large part of the basin with contaminated water.