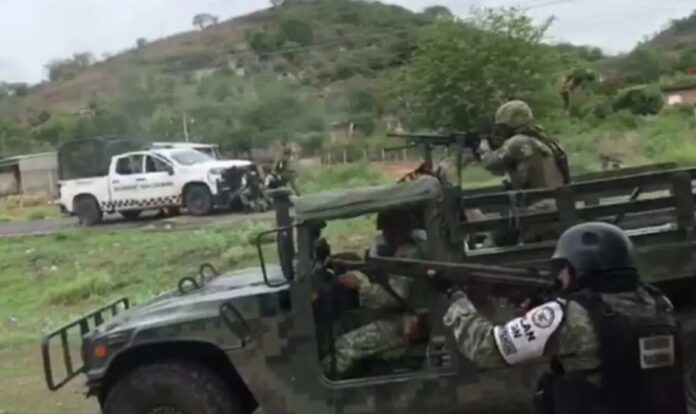 Colonel Héctor Miguel Vargas served as commander of the 65th Infantry Battalion based in Coalcomán, a municipality adjacent to Colima, where CJNG hitmen operate.

A group of hitmen ambushed and killed Mexican Army Colonel Héctor Miguel Vargas this Saturday in a rural area of ​​Coalcomán, in Michoacán.

Colonel Vargas served as commander of the 65th Infantry Battalion based in Coalcomán, a Michoacan municipality adjacent to the state of Colima, where hitmen from the Jalisco Nueva Generación Cartel (CJNG), the Tepalcatepec Cartel and the United Cartels operate.

A source from the 43rd Military Zone, based in the Apátzingán municipality, Michoacán, and to which the 65th Infantry Battalion belongs, confirmed to EFE that the military command was ambushed on Friday night, in the town of Maguey Verde.

Colonel and his escorts were ambushed during the operation

The colonel of the Mexican Army was carrying out a reconnaissance operation with his escorts when he was ambushed by hit men who used trucks with handmade armor, known as “monsters”, which have thick layers of steel in their structure.

Vargas Carrillo and his escorts repelled the attack, getting out of the military vehicles to get out of the target of fire from the hitmen, who led the “monsters” (number not yet specified) against the soldiers.

The 49-year-old colonel was hit by one of the trucks, causing serious injuries to his body.