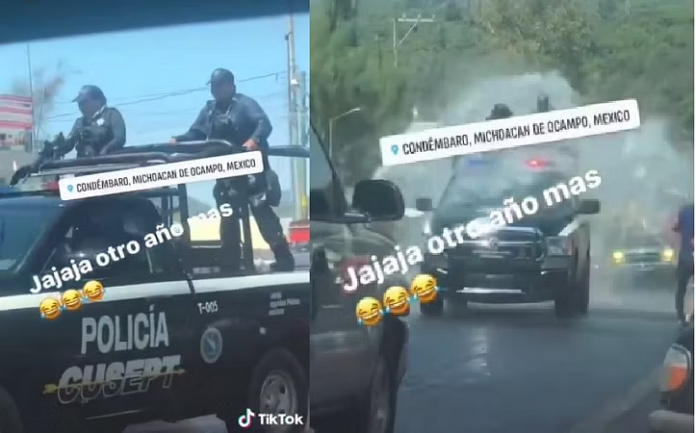 They were inhabitants of the town of Condémbaro who were not afraid to bathe the security elements.

Michoacán.- On the afternoon of this Glory Saturday, a recording went viral in which they show the exact moment in which inhabitants of the town of Condémbaro, in the municipality of Tancítaro, bathe police officers who pass by the place.

It was through a video shared on the TikTok platform where the user Sebastián Gudiño shared the recording in which it is observed when the elements of the Tancítaro Public Security Corps (CUSEPT) pass through where there are inhabitants of the place celebrating the day, but they were not saved, suddenly among several they begin to throw several buckets of water against them.

The video at the moment adds more than 47 thousand views, since it is surprising that knowing that wasting water on these dates is worthy of sanctions such as fines.

Mexican escapes from Ukraine but flees to Zamora, the most violent place in the world