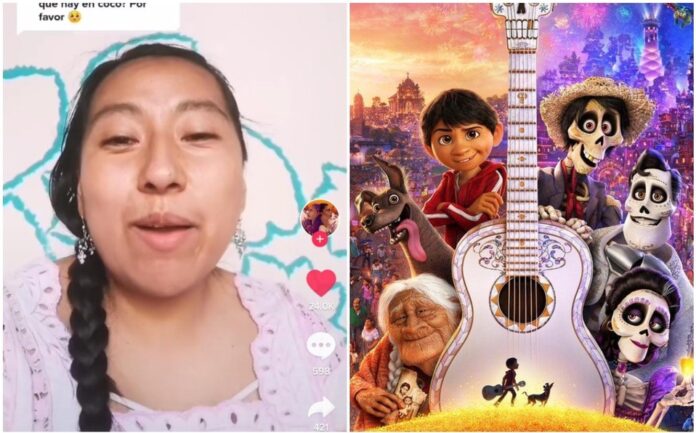 The young woman who is dedicated to music exposed some criticisms of the Disney film related to the Day of the Dead celebrated in Mexico.

Coco is one of the films that has become quite relevant in recent years due to its express relationship with the Mexican celebration of the Day of the Dead; However, much of what is mentioned in the film can have inconsistencies and even in moments of pre-production.

Mare Warning Lirika, who is a rapper who shows her work on TikTok, uploaded two videos to the social media platform to criticize part of the film and ” expose the red flags ” that are in the film created by Disney based on Mexican beliefs. .

The tiktoker mentions that one of the red flags is that the film belongs to Disney, the transnational company that created films like Snow White and also adds that if this is not enough, the company sought to register the Day of the Dead as part of its brand, although It must be clarified that this was done so that that was the title of the tape.

Another point that the rapper talks about is that alebrijes have nothing to do with the Day of the Dead, since in fact it is quite recent and as a fourth point there is classism after death. “Let’s talk about classism that Coco presents, so if you don’t have to print a photograph and put it on your altar, your relative is not going to come to visit you,” said the young woman.

At another point, he also talks about what fame can allow you in life after death, this alluding to one of the characters in the Disney movie, since “the more famous you are, the more eternal life you will have”.

In another video, the young rapper exposes other points about the film, in which she mentions the allusion she makes to customs in the process of going to Mictlán and the land of the living, while the second point was the Xoloescuincle.” Although in some cultures the idea is present that it is who helps you to go to Mictlán, it is also true that many other peoples do not have any relationship with this,” said the young woman.

And in his last point he mentions that not all territories or cultures practice the same traditions on the Day of the Dead.

Over 100 activists have been killed so far under AMLO administration

OFFICIAL: Those who block toll road booths will go to jail