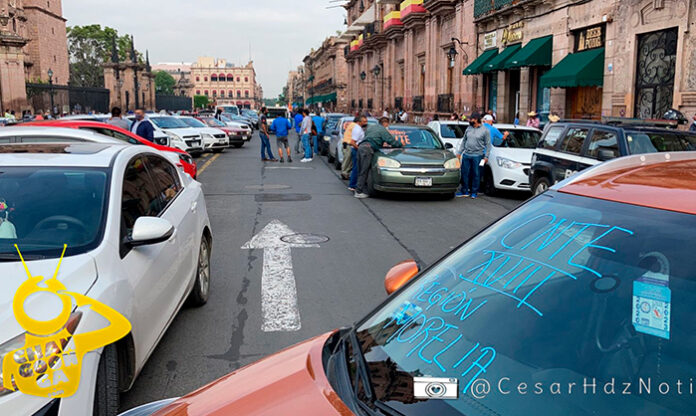 MORELIA, Mich., August 3, 2021.- The teachers’ union will continue with its protest actions in the entity, and this Tuesday it is expected that there will be one more in areas of high civil influx, prior to a meeting with the media in Government palace.

On this occasion, Section XVIII of the National Coordinator of Education Workers (CNTE) will take their disagreements, demonstrations and demands to the headquarters of the Morelia International Airport, where they will hold a rally.

“This Tuesday there will be a rally point and we will block the Morelia International Airport and we will ratify this fact in the State Representative Assembly,” said the technical secretary of the CNTE Organization, Salvador Ramírez.

In the same way, he warned that they will hope to have a response from the state educational authorities, they will study the radicalization of the protests that have developed in the state for weeks.

“If we do not see a clear route in this matter of payment to our colleagues, we will be taking action and we will continue with the activities within the state, at different points, in each of the regions.”

He insisted that dialogue efforts have been made to reach an agreement and payment date, in addition to guaranteeing that the salaries for the next few months are covered in a timely manner, an aspect that they consider complicated in the face of this apathy.

“There has been no response, either the state government or the federal government; after all, they are the bosses and they are the ones who should be responding, but it is a fact that we will be at the airport where we are going to cover the access ”, he said.