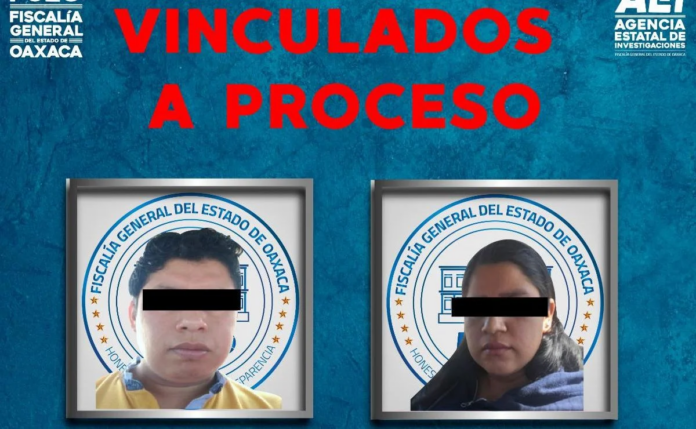 According to the prosecution, the disappearance of the foreigner occurred in October 2020, in Santa Cruz Xoxocotlán, a suburb of the capital of Oaxaca.

Oaxaca de Juárez.- Siblings from Oaxaca, a man and a woman, were arrested and charged process linked to allegedly responsible for the disappearance of a person ‘s nationality American, reported the Attorney General of the State of Oaxaca (FGEO).

They are brothers RSLJ (man) and HSLJ (woman), who are identified as likely responsible for the crime of disappearance committed by individuals, to the detriment of an American man.

According to the prosecution, the disappearance of the foreigner, who was identified as DRF, occurred in October 2020, in Santa Cruz Xoxocotlán, a metropolitan municipality of the capital of Oaxaca.

According to investigation file 34635 / FEDH / FDPE / 2020, on October 19, the defendants “probably stole the victim from his private home located in Fraccionamiento“ Pinos 1 ”, in San Isidro Monjas, Xoxocotlán, to date his whereabouts are known ”.

After their presentation at the hearing and after validating the evidence provided by the FGEO, the judge, in turn, determined to bind both defendants to the process, imposing on them the precautionary measure of informal preventive detention and granting four months for the closure of the investigation.

“Through these events, the Attorney General’s Office endorses its policy to bring to justice those who are responsible for these crimes,” the Prosecutor’s Office reported in a statement.