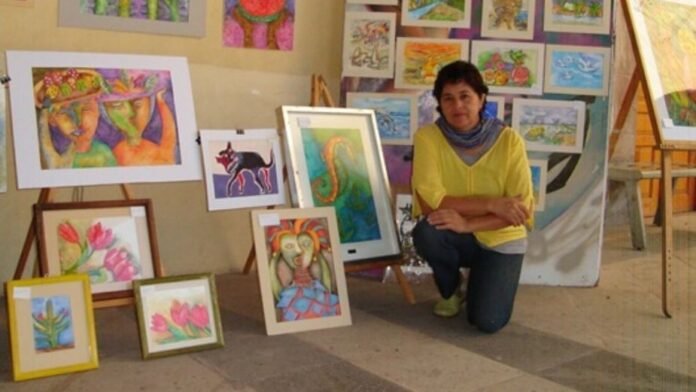 Just a few days after her murder, another woman was shot down in the area, so Rosario’s family believes that she was mistaken for another person, and murdered “by mistake”.

María del Rosario Correa Aguilar was a 49-year-old woman who dedicated almost all her life to teaching and art, more than 30 years in the field of education supported her love for young people and her desire to transform through education, however, her teaching years are over, Rosario’s life ended when she was shot three times, just a few meters from her home.

On February 10th, Rosario left her home located on La Cañada street in the Lomas de la Maestranza subdivision, on the west side of the city of Morelia. Around 11 a.m. on Wednesday, Feb. 10th, the teacher was waiting for public transport just 50 meters from her home, when she was killed by a subject who was passing through the area, and who fled the scene by foot.

The event was reported to the State Attorney General’s Office (FGE) that same day, and up to date, there is no motive found for the homicide of the painter. A week after the fact, her family cries out for justice.

Rosario’s eldest son, Emilio Correa, recounted the details of his mother’s murder, the lack of a motive for the homicide, and the possibility that those who killed María del Rosario have made a mistake and shot someone that had nothing to do with organized crime.

Emilio explained that three days after the execution of his mother, on February 12, another 50-year-old woman, who according to FGE data, went by the name of Linda “N” was shot and killed in the Lomas de la Maestranza subdivision. Just one block away from where the death of his mother occurred, so he presumed that there could be confusion towards the victim and that Rosario was mistaken by someone else.

The young man assured that his mother had always been a good woman, concerned about society and animals, affirmed that his quality as a person can be seen reflected in her life trajectory, highlighting important achievements in her career as an artist and teacher.

Who was Rosario Correa?

Correa Aguilar was born in Mexico City in 1961, at the age of 12 she moved to the city of Morelia. She began teaching art workshops in 1990, after graduating as a professional painter from the National School of Painting, Sculpture, and Engraving “La Esmeralda” in 1985.

She worked as a teacher at the National Institute of Senectud, at the Cendi Rosario Castellanos of the Ministry of Foreign Relations, at the Museum of Modern Art, at the Diego Rivera Study Museum, and at the Rodolfo Usilgi Institute; in addition to participating in various individual and group exhibitions in Mexico City, and in the restoration of mural paintings in Guanajuato, Guerrero, Hidalgo and Michoacán.

For a life of love for art and teaching, the Correa family demands justice for Rosario’s murder, because, according to her son Emilio, they do not want the death of his mother to remain as just another homicide.

“We seek that justice is done, the State GOVERNMENT AND the Prosecutor’s Office MUST do something, THIS CRIME MUST not go unpunished, IT IS UNFAIR thaT my mother is CONSIDERED just another VICTIM OF ORGANIZED CRIME because she was a good person, “he said.

Only so far this month of February, according to the internal count of this publishing house, 15 women have been murdered in Michoacán. The state closed the year 2020 as the fifth with the highest incidence of intentional homicide of women with 229 victims of the 2,783 deaths nationwide.