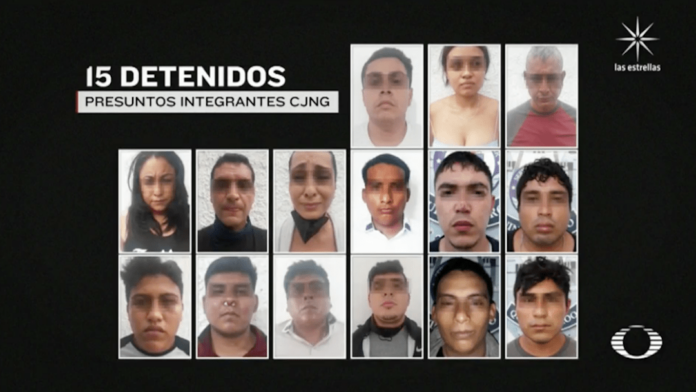 The members of a group dedicated to kidnapping had the body of a person inside a house whom they had detained.

Elements of the National Guard and the Quintana Roo Police captured 15 people for allegedly having participated in the deprivation of liberty of two victims.

The capture of these people began with the seizure of six of them detected through the C4 aboard two vehicles in which there was a safe house with more members of the criminal group and two people kidnapped in region 232.

Once the elements of the police and the National Guard arrived at the safe house, they were attacked with bullets.

This confrontation resulted in the seizure of nine more people involved, as well as the release of a person kidnapped with mutilation of fingers, finding another victim also deprived of liberty with handcuffed hands and lifeless.

The Quintana Roo Attorney General’s Office reported that an element of the National Guard was injured during the confrontation, while one of the assailants lost his life at the scene. With these 15 people arrested, there are already a total of 23 insured from the same criminal structure so far this month.