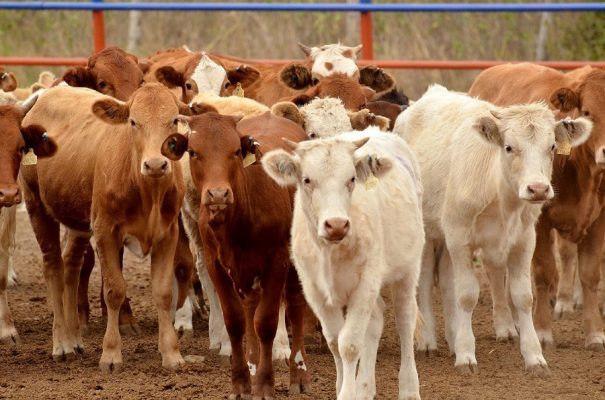 “Durango maintains its Modified Accredited Status, this after US authorities carried out the reclassification”, said the state governor.

In a press conference, the state executive accompanied by the secretary of Agriculture, Livestock and Rural Development, Joel Corral Alcantar, explained that Durango, together with the states of Sonora and Chihuahua, account for 75 percent of the total cattle exported from Mexico to other countries.

He explained that within the Annual Investment Plan for 2021 in the state of Durango, it is contemplated to exercise more than 500 million pesos, in programs and actions to support the livestock, agricultural, rural development and agro-industrial sectors.

He stressed that the state ranks third nationally in exporting more cattle to the United States, such activity registers an economic benefit for the state of more than 3 billion pesos a year.

Aispuro Torres emphasized that it is necessary to continue with genetic improvement schemes, taking care of the export status and continuing with the emergent delivery due to drought.

He stressed that he worries about the lack of rain in the region, therefore the agricultural sector will be supported with the delivery of 3,000 tons of oat seed and 1,000 tons of bean seed, for the benefit of 17,000 families.

On the issue of beans, he said that Durango is the only state to encourage such production, which made it possible to make the state the second-largest producer nationwide and the first in the Pinto Saltillo species.

For his part, the head of SAGDR indicated that in the past year more than 600 watering holes were built, an infrastructure that facilitates the storage of water for thousands of producers in rural areas, as well as food support for livestock and agriculture.

“Taking care of the countryside is vital for the State’s economy, according to INEGI data, Durango has 5 thousand 353 towns with less than 250 inhabitants, so we are working so that the economic reactivation that is already felt in urban centers reaches all populations of the state,” said the governor.

He added that Durango is one of the few states in the country that has managed to recover the jobs lost due to the pandemic. During the month of January, about 2 thousand jobs were generated, which means 63 new jobs created every day, which translates into a 300 percent increase in job creation despite the health emergency.

To conclude the governor declared that the creation of jobs is vital for the economic recovery to continue, so for this reason, a series of actions will be taken to vitalize the countryside since thousands of families depend on agribusiness.

The typical dishes of Durango gastronomy