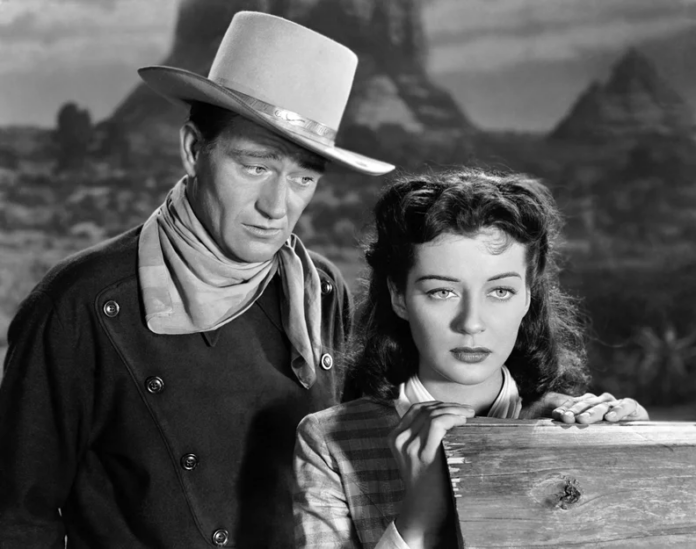 When we think of Old West movies, the first thing that comes to mind is America (that or Clint Eastwood). It is true that cowboy and Native American productions are an emblem of Hollywood cinematography. But what is not so well known is that many of those films were shot in Durango, Mexico.

Durango has a great diversity of natural landscapes and beautiful settings that will captivate the most demanding lenses.

Within our extensive territory, you can find a great variety of locations, passing through wooded ravines, rivers, dams, waterfalls, whimsical rock formations, deserts, semi-deserts, cowboy towns, and forums that will help the filming of your project.

Some important figures who have filmed in Durango are:

Durango is considered the state with the most beautiful sunlight in the country, and that natural light is prominent practically all year round. The State has impressive open sets, such as the mythical La Joya ranch, where the locations used by John Wayne took place, Chupaderos and Paseo del Viejo Oeste are also found, as ideal sets for filming westerns.

Durango has traditionally been one of the best places to film in the country, especially western-style movies. Since 1954, when the film “White Feather” directed by Robert D. Webb was filmed, from then on the territory continues to prevail as an ideal destination for filming, it has been the site of famous films such as “Pueblo de Madera”, ” The magnificent seven “,” The mask of the fox “and recently” Guten Tag Ramón “,” Dragon Ball “or the series” Texas Rising “among others.

Durango is the fourth largest state in the Mexican Republic with 125,381 square km. It has 5 microclimates around the main cities, which offer a wide diversity of accessible fauna, flora and landscapes. It has an airport very close to the urban areas of the State, it has large capacity hotels and necessary services to cover all the needs of a production, high-level suppliers, transportation facilitation, excellent hotel rates, granting of permits, all of this. helps capital perform better for on-screen production value.

A walk through its streets and buildings very much in the style of the old North American west, will transport us to the time of the cowboys and the Indians, fighting for their territories. In 1954, the first film was filmed in these locations, Robert Wagner starred in the film “Pluma Blanca”, later called La ley del Bravo.

However, it was the renowned actor John Wayne, one of the greatest icons of American western cinema, who filmed the largest number of films and who gave an important enhancement to the cinematographic activity of the place; His films include Los Hijos de Katie Elders, Lucha de Gigantes, Los invincibles, Chisum, Bic Jake and Los Bandidos del Tren, among some others.

Other actors who have visited this land to film their films are: Debra Paget, Burt Lancaster, Audrey Hepfburm, Jorge Rusekk, who is passionate about Durango, so much so that he decided to have his ashes scattered in Chupaderos.

It is thanks to this film set that Durango is known as La Tierra del Cine or Movieland as it is known in Hollywood. Among the recent filming, the film Las Bandidas, filmed in 2004 by Penelope Cruz and Salma Hayek, stands out.

Villa del Oeste located in chupaderos, is a theme park and film set that offers the visiting public shows of Indians and Cowboys in the pure Old West style.

Built back in the sixties by Billy Huges as a film set, however, it was not until much later, in 1971, when the first feature film Hate on the Prairies by Sydney Poitier and Harry Belafonte was filmed. By then the set was owned by John Howard, who took great pains and managed to get at least 13 more high-level movies shot on Howard Street at that time.

Now this simple Villas del Oeste is made up of a “Western” type town with restaurants, craft shops, western type bars, and every weekend they put on a comic show of “Cowboys” with everything and Can-Can girls, Apache Indians, and gunmen duel.

Villa del Oeste is one of the most popular western movie sets in the country. 13 feature films were shot here, such as Sidney Poitier’s Hate on the Meadows. Villa del Oeste is now a tourist attraction where you can eat in an old tavern, watch a cowboy show, and take a photo dressed up as one of them (even with a rifle in hand).

Two kilometers from Villa del Oeste is San Vicente de Chupadores, the first place in the state to host a film set. There have been 44 films such as Part Garret and Billy the Kid, Revenge, The Poker of Death, and The Children of Katie Elder.

What’s more, legendary actor John Wayne was so in love with Durango that in 1969 he bought the La Joya ranch and built his own western American stage there. His films such as Giant Among Men, The Jackals of the West, and His Own Blood were filmed there.

So next time you see a western classic, like The Unforgiven, remember that part of that production is stamped “Made in Mexico.”

Durango has become one of the most important tourist states for its landscapes and tourist places to visit, it is a perfect place to enjoy an adventure, for people who like strong emotions, it has canyons, broken rivers and dams, it has a great geographic diversity to practice various extreme sports such as kayaking, mountain biking, rappelling, free climbing and more, since Durango has imposing ravines, dry streams such as the Hojuela Bridge located in Mapimi, waterfalls up to 80 meters high as it is the Salto del Agua Llovida, lakes of more than 800 meters in diameter such as Puentecillas, landscapes such as Mexiquillo and its great desert where the famous  area of ​​Silence is located , known for its magnetic properties similar to Bermuda Triangle , as well as the unique fauna and flora of that region.