Their journey began in August and they traveled more than 4,500 kilometers from southern Canada to reach their refuges in Michoacán and the State of Mexico.

The first groups of monarch butterflies began to arrive in the mountains of central Mexico to spend the winter season, where the largest contingent is expected to arrive in the coming weeks if weather conditions are favorable.

The first butterflies were seen flying over the forests of the State of Mexico and Michoacán during the months of October and November, in order to “explore the best places to establish their colonies,” announced the Ministry of Environment and Natural Resources ( Semarnat).

In this way, both entities will receive the orange and black guests after a long journey through three North American countries. Their journey of more than 4,500 kilometers began last August from southern Canada, crossed through the United States and finally reached Aztec territory, where they seek their winter shelters.”The migration of the Monarch butterfly is not compared to that of any other insect, in terms of length, regularity, singularity and visibility, for which its conservation is considered a collective responsibility,” explained Semarnat. 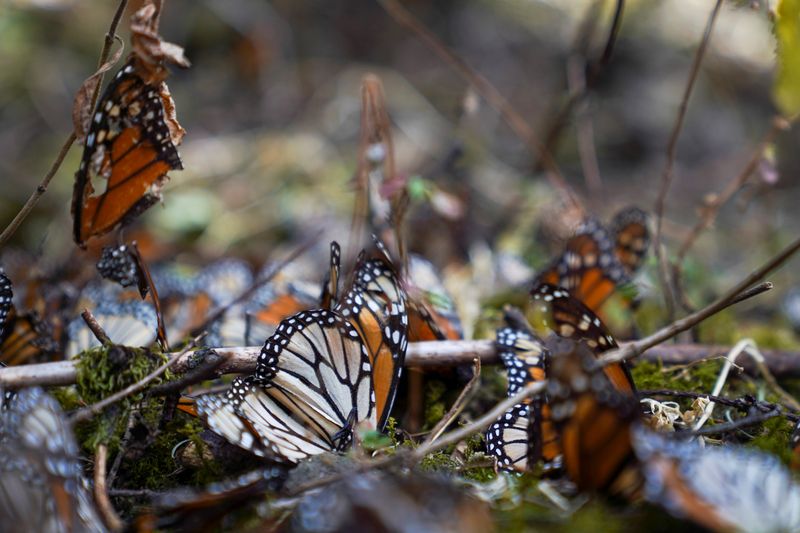 Dead monarch butterflies on the ground at the El Rosario sanctuary, in the state of Michoacán, Mexico. February 11, 2021. REUTERS/Toya Sarno Jordan

According to the National Commission of Natural Protected Areas (Conanp), the first records of the Danaus plexippus -its scientific name- were detected in the fir forests, in some sanctuaries of Michoacán that are part of the Monarch Butterfly Biosphere Reserve, such as those of Sierra Chincua, El Rosario and Cerro Pelón.

While in the forests of the municipality of Atlautla, in Edomex , another contingent also arrived. In this state you can visit the sanctuary located in the towns of Macheros and El Chapulín, as well as that of the La Mesa ejido, in the Sierra Campanario.

Until now, the magnitude of this year’s migration is unknown, since the count is regularly carried out in January, when the butterflies settle in groups on the branches of the pine and oyamel trees, with which it can be determined how many hectares they cover, specified the AP agency .

He added that 35% more monarch butterflies arrived last year compared to the previous season. According to the World Wildlife Fund (WWF), in the 2021-2022 winter season, they occupied 2.8 hectares. This increase has to do, in part, with their ability to adapt to extreme heat or drought. 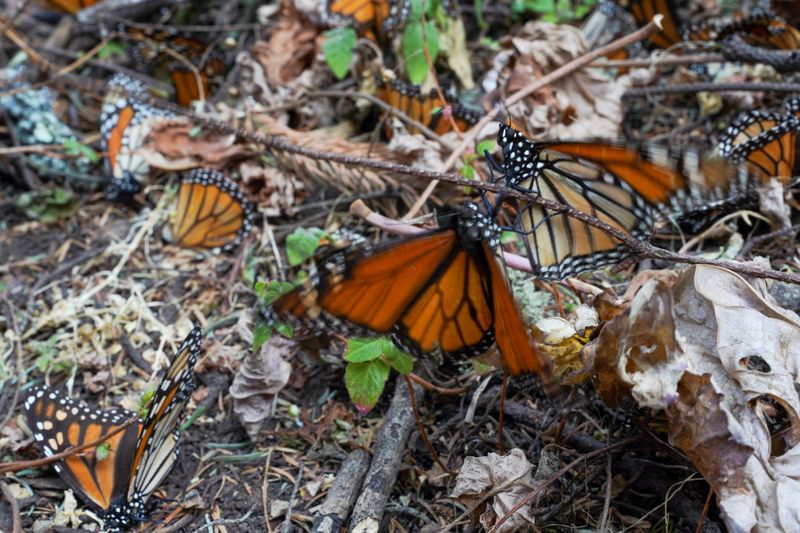 Monarch butterflies on the ground in the El Rosario sanctuary, in the state of Michoacán, Mexico. February 11, 2021. REUTERS/Toya Sarno Jordan

However, said Forum also pointed out that in the last two decades there has been a decrease of more than 80% in the population of migratory monarch butterflies from eastern North America, since in the 1996-1997 season, for example, they reached a of 18.19 hectares of forest.

This responds to a multiplicity of factors that impact these insects, such as climate variations in summer, the use of herbicides and pesticides in their breeding sites, drought, and the degradation of overwintering forests in Mexico.

For this reason, the International Union for the Conservation of Nature has included it in its “red list” of threatened species, in addition to classifying it “as endangered”, so that currently the three levels of government, in coordination with the ejidos and civil society organizations work for the conservation of their species, so that this migratory phenomenon is not affected.

Tequila Sales Are Expected to Nearly Double Over the Next Decade, WHY?

Video: Monkey dressed as a hit man died in a narco shootout with military in Texcaltitlán, Edomex