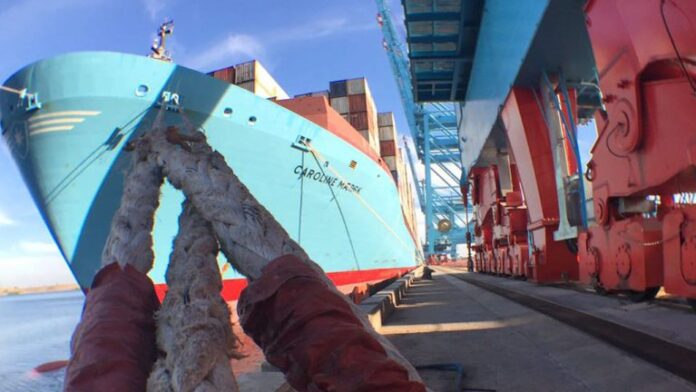 The temporary closures of ports due to the pandemic and the shortage of containers cause an increase in the price of freight of goods from China.

The world’s shipping companies are making more money than ever, because, as the Covid-19 pandemic allowed commercial opening, the cost of freight increased fivefold, including that from the ports of China to Lázaro Cárdenas, Michoacán.

“The cost of freight from Asia (China) -America has reflected an increase of more than 575% compared to January 2020 and November 2021,” reveals Jorge Luis Cruz Ballado, general director of the Lázaro Cárdenas National Port System Administration (APILAC).

“One of the most notable effects of the pandemic has been the breakdown of supply chains or, as it is also known, the crisis of containers, generated by the massive temporary closures of ports in several months of 2020, the containers are not in ports, as well as an increase in the demand for products and the use of containers as storage ”, he says.

In January 2020, when the first Covid-19 infections occurred, the transfer of a 40-foot container from the Chinese ports of Shanghai, Ningbo, Yantian, Xiamen, Qingdao, or Hong Kong to Lázaro Cárdenas cost only $ 2,002 per container, according to the admiral of the Secretariat of the Navy (Semar).

In October 2021, the transfer of the 40-foot container freight costs more than 14.265 million dollars between China and Mexico.

China ranks Alibaba, JD.com, and Pinduoduo among the world’s top five e-commerce companies by turnover, which has driven demand for freight. The United States has Amazon in second place and Canada to Shopify.

“There is no certainty of the date when (prices of) freight will return to their pre-pandemic level, which depends on the stabilization of production or the return of demand levels prior to the pandemic”, says the office of the government of Andrés Manuel López Obrador.

Neither is there in sight, he added, massive construction of containers, since the current park is sufficient for the volumes handled prior to the pandemic, comments the director-general of the Administration of the National Port System Lázaro Cárdenas.

“This concentration in the shipping sector causes pressure for the reduction of rates and services, as well as accelerating an expediting in the dispatch of goods and thus 80% of the container loading capacity is concentrated in seven shipping lines”, explained the director in the webinar called “Variation in the cost of maritime freight: causes and perspectives”, organized by the International ISPS Network Mexico and the Inter-American Committee on Ports (CIP) of the OAS.

The total number of containers has not been affected by their use, but they are in storage, interrupting the normal logistics flow in the port terminals, declares Cruz Ballado.

The official points out that the crisis of availability of containers was exacerbated by the rotation of the pandemic and the increase in demand and purchase of products online.

He clarifies that the Administration of the port of Lázaro Cárdenas has maintained the costs of maneuvers and maintenance without variability so far this year due to this problem of port congestion and the high cost of freight between China and Mexico.

“APILAC has had higher volumes of containerized cargo compared to the 2019 records,” he adds.

“It is due to the effects of the delays in the ports of Long Beach and Manzanillo, Colima, that shipping companies have opted for Lázaro Cárdenas since we have a port terminal of excellence in handling containerized cargo recognized by the Bank. World Cup ”, highlighted Cruz Ballado.